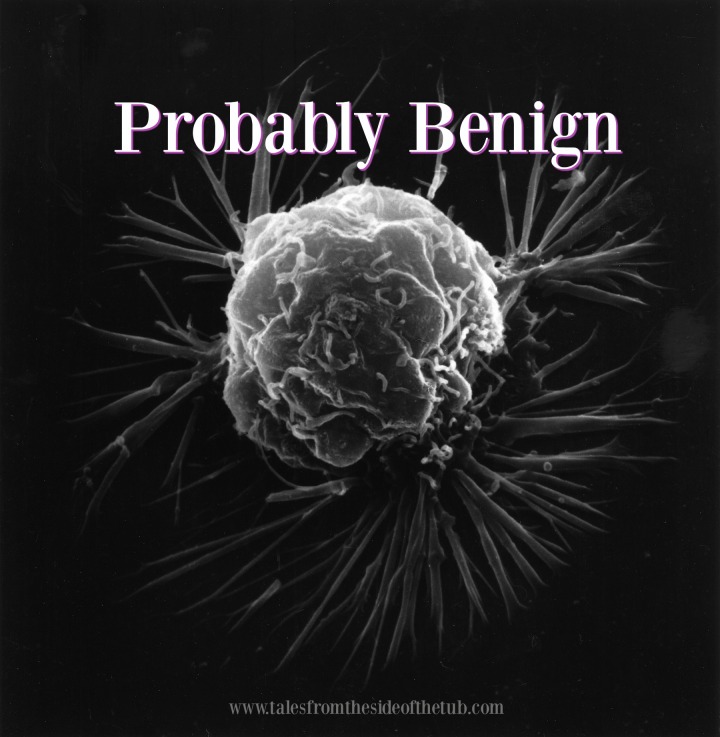 Two years ago one of my best friends died of cancer. She had no idea at first that she had cancer; she just knew she was in a lot of pain. She tried many ways to heal herself naturally; however by the time she realized she couldn’t, her cancer had spread too far. It would take her life and changed so many other lives as well.

In the two years since Kristi died, cancer has never been far from my mind. My own mother and father both died from cancer and 5 years ago I found I carry the BRCA 2 gene. Seeing Kristi lose her battle was very difficult for me. Cancer didn’t care that she was young, that she had a wonderful husband, and that she had 5 beautiful children who depended on her. No, it simply took what it wanted and moved on without looking back at the devastation it left in its tracks. It was a grim reminder of what could happen to any of us- to me.

After watching Kristi lose her battle to cancer, over the last two years I have worried about cancer a lot. Every ache and pain that I know stems from lupus, porphyria, or endometriosis suddenly has taken on a more nefarious feel. Instead of saying, “Oh, I’m starting a lupus flare” my mind immediately thinks, “Oh my gosh! This could be cancer!” When I was having serious issues with my gallbladder (before I knew it was my gallbladder) I thought for sure I was dying of cancer. What else could cause so much pain? Instead an ultrasound thankfully showed a gallbladder half filled with stones. Nephritis in my right kidney sent me into panic mode and the pain that accompanied a miscarriage made me certain I had uterine cancer too.

It has been mentally, physically, and emotionally exhausting.

I have tried in so many ways to overcome this fear and yet it still grips my heart.

I decided at my yearly physicals that I would be upfront with my caregivers about my fears. I had done so a few other times in the ER when I went for my gallbladder in October and for my miscarriage in December, but they didn’t take my worries seriously. They simply saw a woman in pain and freaking out a bit. In fact, they told me I was being silly and that there was nothing to worry about.  I was nervous about admitting my fears to my primary caregivers but they were awesome about addressing them. They ordered various tests to put my mind at ease.

One of the tests I had was a mammogram. I’ve only had one other mammogram and that was when I was 21. Every other time I have gone there has been some reason they have turned me away. Thankfully this time I was able to be seen.

I have to tell you though- it was one of the worst pains I have felt in my life. It takes a lot to make me cry in pain and yet I stood in that room with tears streaming down my face. It was horrible. I felt sick to my stomach thinking of having to do this every year. I just couldn’t wrap my brain around the idea that I would have to willingly submit myself to that kind of torture and yet, I knew I would have to.

Except that next year became next week when I got a call from the hospital telling me that they saw something in several areas on my right breast and that they wanted to look at them closer.

The next day I went for my appointment. I told the woman of my painful experience the week before and so she was extra cautious with how she performed the test. It still hurt but it was not near as painful as before. She talked with me and then told me she would show the radiologist the pictures. She assured me that she felt the spots were going to be nothing and that I would be leaving soon.

As she came back she told me that the radiologist wanted me to have an ultrasound on my breast to check on the spots. I texted Mike and let him know and then I said a little prayer. I would be lying if I said I wasn’t scared. I would be lying if I said it wasn’t hard to contain my tears. I was terrified and wanted to cry. I sat and thought about my children, my husband, and all the plans we have for the future. I thought about Kristi.

The tech called me back and performed a very thorough exam. I watched her measure the spots that the radiologist was concerned about. It took forever. I ached from holding my arm above my head and from the awkward position I had to lay in so that she could get good pictures. When she was done she left me in the room alone and went to present her findings to the radiologist.

My heart dropped when she returned with him. He introduced himself and shook my hand. He told me that they weren’t quite sure what they were seeing on the screen. He thought some of the spots were swollen lymph nodes but there was one spot he just couldn’t be sure of. He told me that I would need to come back again in six months so that it could be re-evaluated.

As much as I tried to hide it, I have no doubt he saw the panic cross my face. He was very nice and told me that they would know more in six months once we did follow up testing. His words did not reassure me at all.

A few days later I got a notification in my email that I had a new message in my medical file online. “Probably benign” was the diagnosis of the spots in my breast. I cried again. Why couldn’t I know definitively? Why do I have to wait? How can they expect me to wait another six months to find out for sure? With my history of familial cancer and the confirmation of the BRCA 2 gene, it seems insane that they would wait to test again in six months. Unfortunately because of our insurance copays there is no other choice right now but to wait.

I am trying my best to give this to God. He can handle this- even if it turns out for the worst. While I pray that it turns out that nothing is wrong, I also know that if there is that we will get through it. Still, even though I am trying to give it to Him, it weighs heavily on my heart. It is going to be a long six months.

I know that God often asks of us more than we think we can give. He asks us to pick up crosses that we know will be heavy and painful. And yet He tells us that He will be there with us every step of the way. Lately we have had so many crosses… it has felt like we will be crushed under their weight. It would be easy to ask God why He insists I pick up another cross, but I know that there is a reason for this suffering. He hasn’t made it known to me yet, but I know that He will when it is the right time.

Until then I keep praying for God to help me carry my crosses and I rely upon the fact that “I can do all things through Him who strengthens me.” (Phil 4:13) 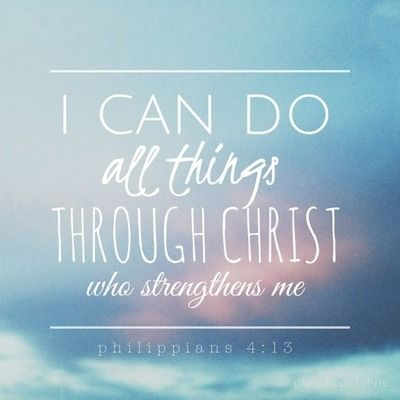