It’s funny; you don’t ever think it will happen to you. You read the articles and stories, you read the warnings but it never crosses your mind that one day you might be writing a story of your own.

I had read how easily it was for people, especially little people, to drown without anyone really realizing it. It happens quickly and without warning. We see on tv and in the movies people flailing around, maybe even calling for help; but drowning doesn’t happen in this way. It is quiet, it is sudden, and it is terrifying.

At the end of April we would witness this firsthand as we went to a little swimming hole near the house we were staying in down in Florida.

We were in Florida for a happy occasion. I was graduating with my Master’s degree in Theology through Saint Leo University. As we looked to book a house to stay in, we decided that we wanted to be near Weeki Wachee Springs. We planned to take the kids to the park there to swim after we enjoyed my graduation weekend. We found a house just a few miles from Weeki Wachee and we were thrilled to find that it had access to the Mud River Springs. We would be able to put a boat in right from a dock off the backyard or we could walk across the street to a little neighborhood swimming hole and do the same.

The water was beautiful and clear at the swimming hole. It was pretty shallow near the launch site and a perfect place to play in the water. While Mike took some of the kids for turns in the canoes, I stayed with the others on the shore while they played in the water. Before long everyone was back together and the kids splashed and played together while Mike and I watched just feet away. 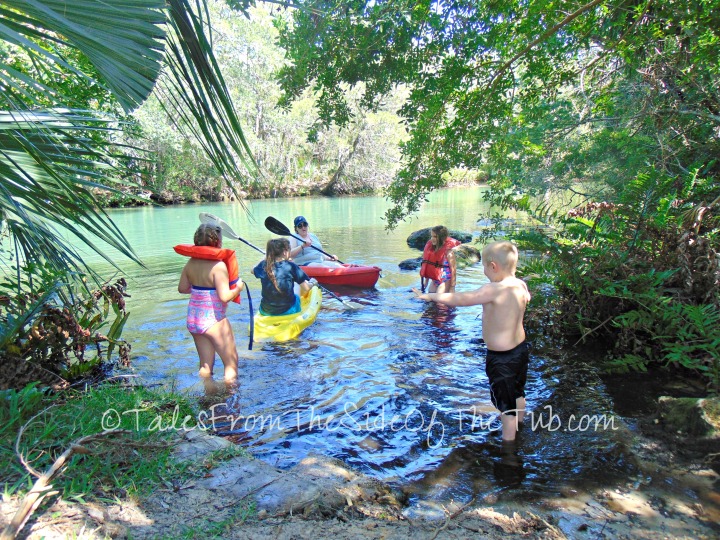 The kids had settled down and were for the most part simply sitting or standing in the water. We were laughing and joking and enjoying being together. Ten of the thirteen of us were mere feet from one another. As we were laughing Mike suddenly realized that Leo was not ok. He had stopped playing and laughing. Mike shouted his name and Leo didn’t respond. As I looked at him I could see pure terror in his eyes. His head was above the water but not by much. He could not talk, in fact, he was silent; he could not move his arms, they were down to his sides; he was upright but he looked “off”- he bobbed some. We realized he was drowning. In the blink of an eye he slipped beneath the surface of the water and was gone.

I have never seen my family move so quickly. The nine of us who were close moved like lightning to pull him up and out of the water.  Savannah got to him first and pulled him up. I was quickly beside her and pulling him out of the water. He coughed and sputtered and then he cried. He was terrified. I was too.

Where we had been playing for hours that day was shallow. It did get deeper, but where Leo had been playing was not deep. Somehow he had gotten on a rock and slipped off. It was just enough to make him lose his footing and put him in a tiny bit deeper water. His siblings were right next to him; Mike and I were mere feet away from him on the shore. We had no clue until it was almost too late. Had we not been so close we may have had a different outcome.

I always thought that drowning was a loud event; that there was no mistaking a person who was in trouble. Of course I had read the articles that had come out about silent drowning but I didn’t think it would ever happen to us… we are overly cautious. We watch our kids like a hawk. We use life jackets when the water is deeper and always have buddies. Mike and I are either in the water with them and holding the little ones or patrolling the shore or the side of the pool like guards at a high security prison. It couldn’t happen to us… but it did.

As summer pool parties and vacations are in full swing, I beg you to research what drowning really looks like. It doesn’t look like what we have been led to believe… there is no flailing, no calling for help, no extended time above the water before dramatically going under. Instead it is quiet and can be missed even by the most observant parents.

As I sat with him in my arms it took everything in me not to dissolve into tears. I am so thankful that we were so close and that we were all there. I have no doubt that Leo’s life was saved simply because we did recognize that he was drowning and that we were able to get to him in record time. I can’t imagine if it had turned out any other way.

5 thoughts on “The Day Our Son Drowned”